Legal norms in this country have a written nature and are commonly used as examples of legal norms that are quite concrete for people every Indonesian citizen in his attitude or behavior to impose sanctions on every perpetrator violators.

This legal norm can only be determined for its preparation by an institution or body that has the right to regulate relations between citizens. In addition, it is also instilled the nature of being obliged to regulate or coerce and will be punished if there is one who violates. Legal norms are regulations drawn up by the government and official state institutions. These legal norms are binding on citizens so that if they are violated, they will receive sanctions commensurate with their actions.

Legal norms can be interpreted as legal rules that are used as rules of life that determine how humans behave in society. This rule of life is generally used so that everyone's interests can be protected.

Legal norms have an imperative nature and are also called coercive laws. While the facultative nature can be distinguished between legal norms that regulate and add. In addition, there are also mixed legal rules that force and regulate. 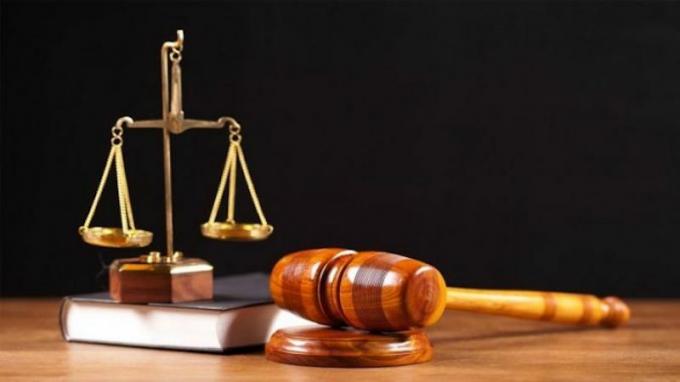 In its discussion, this legal norm has several distinctive characteristics, namely as follows: In general, legal norms have regulatory, coercive, and binding properties. These characteristics can be described, among others: As the name implies, 'written law' is a rule made by an authorized institution in written form. Written law can be in the form of sheets such as laws and government regulations, which have laws that are strong enough to be used in our lives.

This written law applies comprehensively and is binding on everyone in a country because it has been ratified in writing in the districts, provinces, sub-districts and villages. In addition, written legal norms are divided into two parts, namely as follows:

Criminal law is a variety of regulations that determine what actions should not be carried out and are classified as criminal acts.

This criminal law also regulates what laws can be given to violators of the crime. Usually in the form of severe sanctions and involve law enforcement.

Violators of the law can be subject to sanctions for causing losses, both material and non-material losses to the closest people and the wider community. Examples of cases such as robbery and murder of the owner of the house.

The perpetrator of the robbery who kills will be sentenced to prison and a fine in accordance with what is stated in the Criminal Code (KUHP).

Civil law can be interpreted as part of written legal norms that contain rules for the benefit of individuals in the social group or society. The rights and obligations of each person are also regulated in it.

Generally, this civil law relates to personal issues that do not harm many parties or the wider community. As civil or private law, this civil law will apply in written or unwritten form.

For example, the problem of debts that do not involve the wider community. The loss is only felt by the individual. Violators of this law will usually be subject to sanctions in accordance with the rules contained in the civil law book, namely the Criminal Code.

Unwritten law applies to all members of society and is binding. However, this law is unofficially written into the state gazette which has legal force. Generally, unwritten law is easy to find in the life of the wider community.

The law will of course regulate the lives and activities of the people who are bound by laws that are not regulated on a written legal sheet.

Usually, the law will focus on beliefs that have been passed down from generation to generation to other law users with a narrower scope. Sometimes, this law changes according to the needs of the community because it is unwritten. The source of legal norms usually comes from regulations that have been previously determined by the competent government. Generally, the legal norms in our country are derived from the 1945 Constitution.

In compiling legal norms, there are various pre-written rules. Whether or not this written rule applies can usually be reaffirmed through the existing power tools in a country for example, such as prosecutors, police or judges.

Norms also have a nature that requires all members of society to be involved in it or every member of the community people must follow the rules that have been applied according to the law or those that have been made by the chairman custom. This of course will apply to all communities in the region.

The Process of Establishing Legal Norms Community life usually consists of several individuals with different backgrounds. In order to have a more peaceful and peaceful community life, there must be norms that regulate it.

This is because norms will be used as a reference for carrying out daily life. This is the background for the formation of existing legal norms. The pattern of community life is quite diverse and the behavior of the community also underlies it.

In order for good values ​​to apply objectively and not trigger division, legal norms are usually formed orally. However, as the times progressed, legal norms were made in writing.

This is so that the values ​​can be used objectively. In the process of making legal norms in Indonesia, there are several stages known as laws. Unlike other norms, legal norms usually have sanctions for those who violate them and are recorded in writing. Sanctions that exist in this legal norm can be in the form of punishment, fines, or social punishment. Well, these sanctions apply to every member of the community who violates these legal norms.

The imposition of sanctions for violators of the law aims to ensure that the community maintains order in social life. Sanctions are also made based on the articles imposed on violators.

In addition, legal sanctions for those who violate can be in the form of a crime, namely a verdict against a suspect through: a judge with a prison sentence, a fine, or the death penalty as stipulated in the Criminal Code Article 10.

Not only that, civil law that regulates legal norms can impose penalties based on declaratoir, condemnatoir and constitutief decisions. Below are the sanctions obtained for violators of legal norms in accordance with the applicable Criminal Code:

Example of Article 351 in the Criminal Code (KUHP):

Examples and Violations of Legal Norms

1. Examples of legal norms in society 2. Examples of legal norms in Indonesia 3. Examples of legal norms in school 4. Examples of legal norms at home Based on the example, legal norms have their own groups. Among others are:

Legal norms in terms of the scope of application

The above is an explanation of legal norms along with examples of legal norms that apply in society. As a good citizen, the rule of law must be obeyed if you do not want to be subject to sanctions which can be in the form of light to severe sanctions if someone violates them.