Mathematical logic is studied to provide a deeper understanding of how to draw conclusions from a statement. That way the conclusion can be directly defined well, not just guessing.

This can be one of the foundations for knowing how to make decisions in accordance with certain conditions. Studying this material is able to hone more rational and critical thinking about a particular matter. Mathematical logic can be used as a basis for decision making in certain conditions. This can also be said as a way of thinking to draw conclusions. This material will hone skills in critical and rational thinking so that they are able to make decisions more objectively and unbiased.

Reasonable considerations are used to be able to draw conclusions not only based on natural logic, but also scientific logic. This learning material is able to hone the ability to think more systematically, rationally, and critically.

If you have mastered this material, the thinking process will become more objective so as to reduce errors in decision making. This learning material discusses several material topics such as denial, statement, disjunction, conjunction, biimplication, and implication.

This material can be said to be quite important because it often appears on various questions in various types of exams.

A statement is a sentence that has a truth value or not. If a sentence cannot be determined its value, then it cannot be called a statement. Generally, this happens if the sentence contains a relative element that is difficult to measure its truth value.

A closed statement has a fixed value. If the statement is open, its truth value cannot be ascertained. These two types of statements have different concepts in determining the truth value.

Amir's house is located further away than Ruli's house (not a type of statement, because far is relative) Vice versa, if the initial statement is false, then the new statement is true. Consider the following example.

To be more clear, see the example below!

p = All birds are birds.

~p = There are birds that are not birds.

Combining several stump statements with a conjunction is called a compound statement. This statement consists of several types, see the following information.

A statement p and q can be combined using the conjunction 'and' so as to form a compound statement 'p and q' which is called a conjunction denoted by "p∧q".

A conjunction is true if and only if both statements p and q are true.

Lukman has finished eating and studying.

For example, in order to get permission from his parents to play, Lukman must fulfill two conditions. If it is not fulfilled, then Lukman is not given permission to play.

The statements p and q can be combined using the conjunction 'or' to form a compound statement 'p or 1' which is called a disjunction.

This statement is denoted by “p q”. The disjunction is false if both related statements are false.

Jakarta or Bandung is a city in the province of West Java.

Implication can be said as a relationship between two statements, where the second statement is a consequence of the first statement. Implications are marked with a '' symbol. The following describes the implications.

The implication is false if and only if the cause is true but the effect is false. In addition, the implications will be true.

If Amira wins the competition, then Amira will treat her friends.

If Amira really wins the competition, she will treat her friends. But if Amira wins but doesn't treat her, it means she did the wrong thing because she didn't keep her promise.

But if Amira doesn't win, then it doesn't matter if she wants to treat her friends or not.

The statements p and q can be connected with if and only if so that they form a compound statement called biimplication. This statement is denoted by p q.

The two statements are related to each other to form a cause and effect. Biimplication can be true if both statements are equal, either true or false.

Nisya can rank in class if and only if she studies diligently. 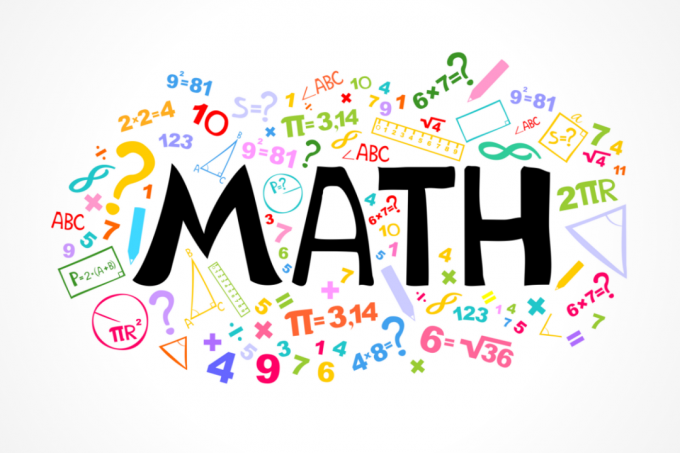 If you want to understand mathematical logic, try to pay attention to some of the explanations related to the following example questions.

The negation of the following statement "If all students obey the rules, then Boy is an exemplary student" is.

p = all students obey the rules

All students obey the school rules and Boy is not a model student.

Check out the following statement.

Premise 1: If Musdah submits assignments, then Musdah will not be scolded by the teacher

Premise 2: It's easy to collect tasks

With modus ponens, then = q

So, the conclusion is that Musdah was not scolded by the teacher.

Premise 1: If it doesn't rain on Monday, then the ceremony will be held in the field

Premise 2: The ceremony is not held in the field

With tollens mode, then = ~p

So, the conclusion is Monday it rains.