Nationalism is an understanding created to maintain sovereignty in a country that has common goals and aspirations for the national interest. In the Big Indonesian Dictionary that nationalism has the origin of the word "national" and also "ism" which has a national understanding that has contains meaning about awareness and passion for love for the homeland, and also has a sense of pride as a nation, and also maintains honor nation.

Where the sense of nationalism has a sense of identity and has a high sense of solidarity in calamities and also the misfortune of brothers and sisters in the country, countrymen and countrymen. Where nationalism has content in the meaning of unity and also unity which has several meanings which later becomes the definition as a an understanding that can create and maintain the sovereignty of a country and also realize a common identity concept for a group man.

Nationalism is what happens where the state obtains political truth that is obtained by the active participation of its people. Where membership in a nation is voluntary. The form of nationalism itself was first developed by Jean-Jacques Rousseau and later became his writings. And among his famous writings is a book entitled Du Contract Social or social contract.

Is nationalism where what happens in the country obtains political truth and also the original culture or ethnicity in a society. Where the membership of a nation has a hereditary nature. For example, Tukiman who comes from Java because his parents and ancestors also come from the Javanese tribe. Tukiman comes from Java so he uses the Javanese language. So that language was used by his parents and also the people before him.

Is a form of ethnic nationalism in which the state obtains political truth as natural or organic and is also an expression of a nation or race. Where is romantic nationalism which focuses on ethnic culture in accordance with romantic idealism. For example, the folklore or folklore “The Brothers Grimm” is also taken from Herder's writings which is a collection of stories that are also related to German ethnicity. 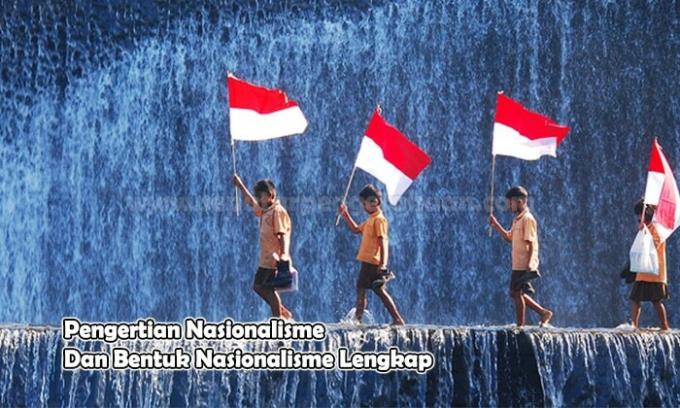 Nationalism is a country where political and cultural truth is shared and does not have hereditary characteristics, for example the color of the skin as well as race and language. For example, the Chinese people consider a country based on a common culture. The element of race has been put aside so that the minority group is considered as the Chinese people where is the sorrow of the Qing Dynasty to use Chinese customs and also prove integrity chinese culture.

Nationalism is where the state can derive political legitimacy from religious equality. An example is the spirit of nationalism from Ireland which originated from Hinduism. However, for most nationalists, religion is only a symbol and not the main motivation.

That's the explanation about Definition of Nationalism and Forms of Nationalism (Complete) which has been explained by about knowledge. Nationalism must be embedded in every individual living in every country so that all citizens can uphold their attitude to the country. Hope it's useful