14 Benefits of Turmeric for Complete Health

14 Benefits of Turmeric for Complete Health - Turmeric is one of the spices that Indonesia has, not only as a cooking spice, sometimes turmeric is also used as an ingredient in traditional medicine.

The benefits contained in turmeric are many, one of which is more commonly known by the general public is as a breast milk booster for mothers who are breastfeeding, or as a stomach medicine when the stomach feels uncomfortable comfortable.

In addition to the benefits for the health of the body as one of the spices owned by Indonesia, turmeric also functions as a beauty ingredient. For more details, we discuss below.

There are various kinds of benefits that turmeric has, one of which is to facilitate healthy breast milk are breastfeeding, or used for herbal medicine as a reliever of stomach pain or stomach discomfort.

1. As Anti-Inflammatory Or Inflammation

The volatile oil contained in turmeric functions as an anti-inflammatory so it is stronger than essential oil, yellow pigment or yellow color that is in turmeric or in scientific language is often referred to as curcumin. Anti-inflammatory curcumin has proven its benefits and is equivalent to the drugs phenylbutazone and hydrocortisone.

Turmeric which has antioxidants and anti-inflammatory properties so that when you consume turmeric regularly, which has been processed into herbal ingredients, you can feel better.

Turmeric contains curcumin which can protect colon cells. Where curcumin is useful not to spread cancer cells spread into the body which can cause more severe damage.

Where is the way curcumin prevents cancer cells from spreading by improving liver function. Curcumin also functions as an inhibitor of protein synthesis which has a role in the formation of Tumors can also inhibit the development of an additional blood supply that functions as -cell growth cancer.

Researchers who have conducted studies evaluating the effects of turmeric on liver function as a detoxifying xenobiotic (poisonous) chemical which uses rats as an ingredient study.

Turmeric can inhibit the mutagenicity of polycyclic aromatic hydrocarbons (carcinogenic chemicals created by burning carbon-based fuels such as cigarette smoke).

Where it can damage chromosomes, turmeric can also prevent the formation of dangerous heterocyclic anemia as well as nitroso compounds found in certain foods, such as processed meats that contain nitrosamines. Which can inhibit the spread of leukemia cells in cell culture.

Turmeric which contains curcumin may be able to prevent the oxidation of cholesterol in the body. Cholesterol oxide can damage blood vessels when it builds up in plaque, which can trigger a heart attack and stroke, curcumin contained in turmeric can reduce the development of atherosclerosis and disease heart.

A biologically active constituent in turmeric, which can help prevent Alzheimer's disease by activating genes that produce antioxidant proteins.

Decreased neurotrophic function which can cause depression because it is inherited from the brain and shrinkage hippocampus, turmeric which functions as a neurotrophic process aid so that it can create an anti-inflammatory effect depression. 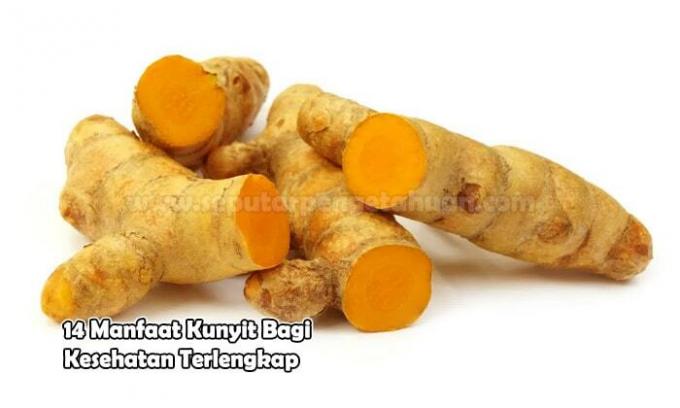 The very important role of bile which is useful for digestion is the absorption of fat-soluble vitamins and fat in the small intestine.

The upper digestive system that can be soothed with turmeric as a gas remover. Turmeric serves to increase intestinal absorption. Colitis is a disease of the digestive tract that can be considered chronic that often recurs where this disease is difficult to cure.

Colitis itself can cause abdominal pain that often has signs of blood in the stool. People who have ulcerative colitis who are given turmeric have a lower risk of relapse.

Various kinds of food that we consume every day can cause damage to the digestive system.

The food we eat has corrosive properties, and can damage the walls of the stomach and intestines. Turmeric can reduce this effect because turmeric can increase the mucus in the stomach wall so that it functions as a protective layer.

As explained above that turmeric can maintain digestive health. Where turmeric has peristaltic movements in the large intestine, making food movements smooth, and avoiding constipation or constipation.

14. Can reduce the risk of heart attack and stroke

Turmeric has many benefits, one of which is the content of curcumin which can reduce the impact of stroke and heart attack.

A few explanations aboutknowledge.com about 14 Benefits of Turmeric for Complete Health is a spice that grows a lot in Indonesia, where turmeric can be used as a flavoring in cooking. Not only as a flavoring ingredient but as a traditional medicine that has a lot of benefits for the health of the body. Hope it's useful