Sample News Text About Environment and Its Structure

PT MAG Appointed to be Pollutant in Avur Budug River 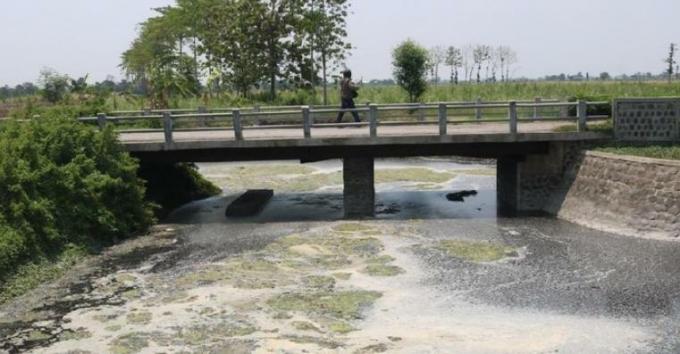 PT MAG is one of the paper mills in Kesamben District, Jombang. And finally officially determined to be the source of pollutant Avu Budug River.

The statement was issued after a number of investigations found evidence of factory violations because they dumped their waste into the river.

The statement was also directly stated by the Head of the KLHK Gakkum Center for the Bali area, Java, NTB and NTT, Muhammad Nur, if the case has been held on Monday, December 9, 2019 ago.

The investigation also found that there were 2 hidden pipes with a diameter of 4 dim which were thought to have been used to dump waste into the river.

Not only that, the WWTP also does not function according to the established SOP, but production continues.

This makes the Avur Budug River water polluted by chlorine and sulfur waste which makes the color brownish black. 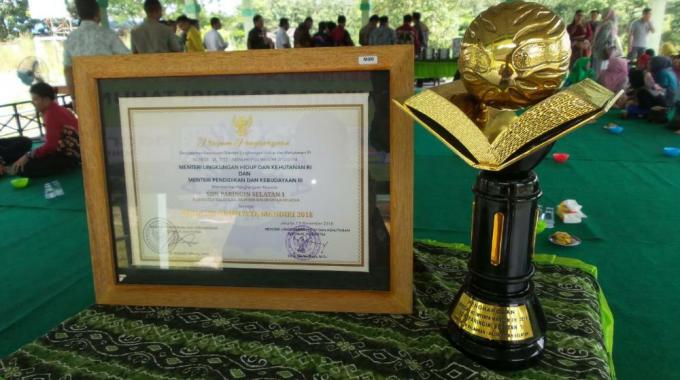 This one award was given to SDN 1 Sukamaju which was proven to be able to invite students to create an environment free of plastic waste.

The award from adiwiyata was also handed over yesterday morning to be exact on August 12, 2019.

Mr. Bambang Yohanes also added that if it was appropriate, it could be an example for several other schools.

"By controlling the use of plastic waste, we also participate in preventing global warming," he said.

This program that has been carried out by Mr. Bambang Yohanes has proven to be able to provide many positive changes for various schools in the area.

He will also continue to strive to create a clean and healthy environment to support the advancement of education and health.

He also added, "A comfortable school can certainly increase students' concentration in learning". 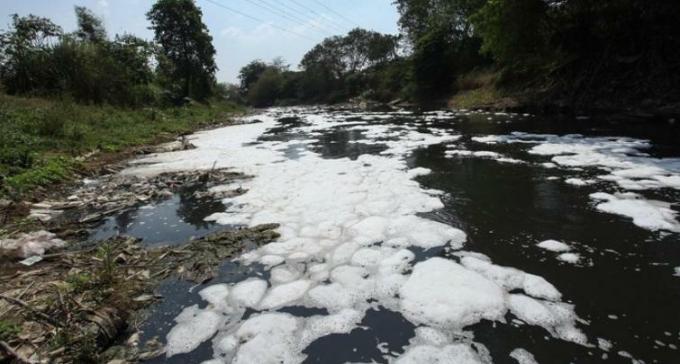 As many as 200 residents who came from three sub-districts in the Tulang Bawang district, Lampung, had packed the office of the Regional Environmental Impact Controlling Agency (Bapedalda).

They came in order to file a complaint about the contamination of the Terusain river which was being carried out by PT Teguh Wibawa Bhakti Persada.

As a result of the river pollution carried out by the company, the fish in the community cages die so that it is predicted to suffer losses of up to billions of rupiah.

This one company also obtained a business license from the Regent of Lampung. This company is engaged in processing cassava into tapioca flour.

Within a day, this company can produce up to 70-80 tons of tapioca flour. It is the tapioca flour processing waste that is suspected of contaminating the Continuous River.

Their opinion is not without reason, because according to one resident named Suhendro since January 2008 the river water has turned yellow and causes an unpleasant odor.

This situation also makes the fish in the cages belonging to the residents die. In fact, so far, the fish farming business in cages is a source of life for the community around the Continuous River.

These residents have demanded compensation of 20 billion rupiah. This amount will later be used to compensate the owners of 264 floating cages, 400 hectares of traditional ponds and 280 fishermen.

However, the company was reluctant to comply with the demands. Where they are only willing to provide compensation as much as 2 billion rupiah.

In fact, according to narratives from residents, the cost for its manufacture can cost around 1 million rupiah.

It was this difference of opinion that made the head of the general section of CV Sinar Laut Group (the parent of PT Teguh Wibawa Bhakti Persada) review the loss variable.

Palangkaraya is again shrouded in smoke due to forest fires

The city of Palangkaraya and its surroundings has again been shrouded in smog.

What makes driving activities in this area is very disturbed because the visibility is only between 50-100 meters.

Even though the visibility is thinning, people continue to carry out their daily activities by wearing masks.

This increasingly dense smog is thought to have occurred due to the burning of peatlands.

Residents not only complained about the smog that interfered with their activities. However, they also complained of disturbances in the body in the form of dizziness and shortness of breath caused by the smog.

Not only that, the teaching and learning process in several Palangkaraya schools was also disrupted.

Since 2 days ago, several schools in Palangkaraya have also closed students for 5 days. 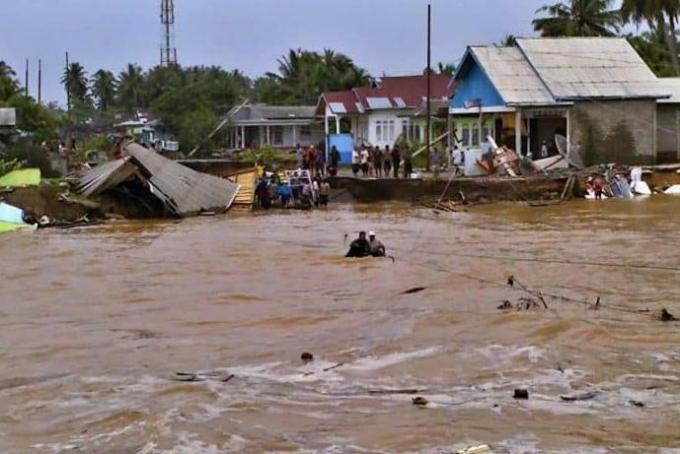 The disaster that occurs annually is due to the overflow of the Ciliwung river due to the rain that does not stop from 19.00 - 09.00 WIB.

It also made 2 villages sink and many families fled to the next village.

Quoted from existing data, there are approximately 137 heads of families who lost their homes due to this flood disaster.

Meanwhile, the government responded quickly to the needs of the refugees by providing medicine, food, clean water, drinks and clothing.

A similar disaster hit this village two years ago.

However, the consequences were not as severe as this year, in which 2 villages sank with 137 families losing their homes there.

The occurrence of an annual flood disaster like this is thought to be due to the habit of the Ciliwung riverside community who throws garbage carelessly.

This habit is what makes the river shallower. 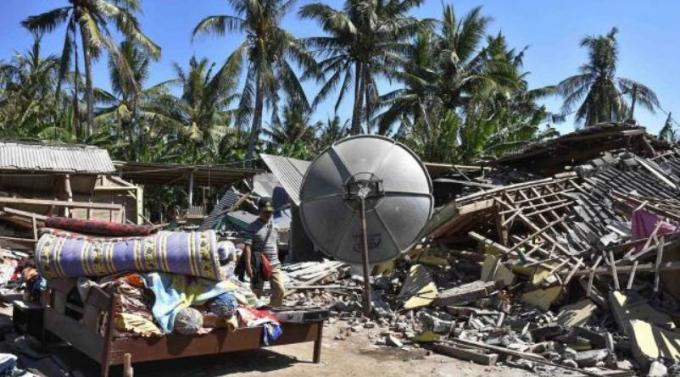 Another disaster struck one of the regions in Indonesia.

In recent times, there has been a major disaster in the form of an earthquake with a magnitude of 7 on the Richter scale that rocked the city of Lombok.

Panic was immediately felt by the people of Lombok who immediately fled to the highlands because there was information warning of the potential for a tsunami.

This earthquake with a magnitude of 7 on the Richter scale shook at 18:46 Central Indonesian time.

The epicenter of the earthquake is estimated to be 18 km northwest of East Lombok and a depth of 15 km.

The magnitude of the earthquake scale, reportedly related to the ongoing tsunami coupled with a total blackout of electricity, suddenly made residents panic and choose to evacuate.

However, to relieve panic, the BMKG also lifted the tsunami warning one hour later.

Meanwhile, aftershocks are still happening until this news is delivered.

YukSinau.id is the #1 educational site that you can use as a learning reference