Forms of Social Change (Full Discussion) – This time around Knowledge will discuss what are the forms of social change in a very complete way.

The forms of social change are divided into two changes, namely evolutionary and revolutionary changes. Here's the description:

In the evolution of change occurs by itself without a specific plan or will. Evolutionary change occurs because of society's efforts to adapt to new needs, conditions and conditions that arise in line with growth public.

There are several theories about evolutionary change which can generally be classified into the following categories.

This theory argues that humans and society develop according to certain stages starting from simple forms, to complex forms to the perfect stage. The pioneers of this theory were Agueste Comte and Herbert Spencer.

This theory states that the development of society does not need to go through certain fixed stages. Human culture has followed a certain evolutionary line. This theory was put forward by Herbert Spencer. Spencer stated that society is the result of development from homogeneous groups to heterogeneous groups both in nature and composition.

This theory emphasizes research on certain developmental stages in the evolution of society. For example, research on changes in the community's economic system from agrarian to maritime or vice versa.

For example, the British industrial revolution. Changes that occurred during the industrial revolution from the production stage without machines to the production stage using machines. This change is considered fast because it changes the basic aspects of people's lives, such as the family system and the relationship between workers and employers. 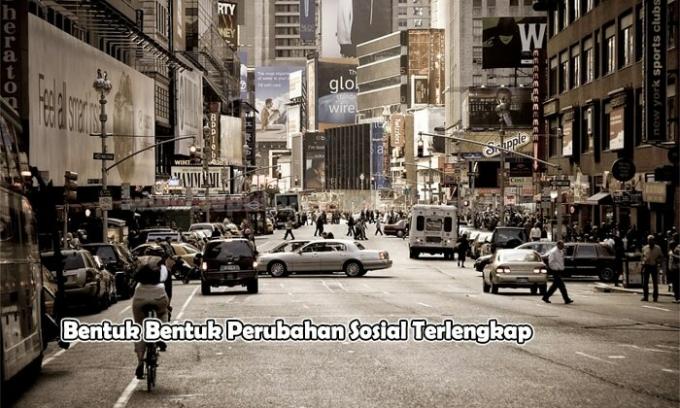 Structural changes is very basic changes that lead to reorganization in society. For example, the use of sophisticated agricultural equipment.

That's some Forms of Social Change (Full Discussion) which you can see easily, hopefully it can increase your knowledge, thank you.