Understanding Civil Law, History, Principles, Sources of Law & Types – In this discussion you will learn about Civil Law. Which includes understanding, history, principles, sources of law and types of civil law with a complete and easy-to-understand discussion.

For more details, please read the reviews below carefully.

Civil law is a provision that regulates the rights and obligations between individuals in society. The term civil law in Indonesia was originally from the Dutch language "Burgerlik Recht" whose source was in Burgerlik Wetboek or in Indonesian it is called the Civil Code (KUHP). Civil)

Law can be interpreted with a set of rules and civil is defined as those that regulate rights, property and the relationship between people on the basis of logic or material.

In general, the meaning of civil law is all the regulations governing the rights and obligations of individuals in public relations. Civil law is also called private law because it regulates individual interests.

Understanding Civil Law According to Experts

There are several experts who define civil law, sumak up the description.

Civil law in Indonesia is inseparable from the history of European civil law, especially in continental Europe Roman Civil Law applies as the original law of the countries in Europe, in addition to written and customary law local.

However, because there are differences in regulations in each region, people are looking for a way that has legal certainty and legal unity. Based on the initiative of Napoleon, in 1804 a civil law collection called the Code Civil de Francais or also known as the Code Napoleon was compiled.

In 1809-1811, France colonized the Netherlands, then King Lodewijk Napoleon implemented Wetboek Napoleon Ingeriht Voor het Koninkrijk Hollad which contains almost the same as Code Napoleon and Code Civil de Francais to be applied as a source of civil law in Indonesia Netherlands.

In 1814, the Dutch began drafting the Civil Code (Civil Law). On the basis of the Dutch legal codification made by MR.J.M.KEMPER called ONTWERP KEMPER but before completing his duties, in 1824 Kemper died and was later succeeded by NICOLAI who served as Chairman of the High Court Netherlands.

On July 6, 1830, the codification was completed with the creation of the BW (Burgerlijik Wetboek) or the Book of Dutch Civil Code and WvK (Wetboek van Koophandle) or the Code of Law Trade.

From the basis of the koncordantie principle or political principle, in 1948 the two laws were enacted in Indonesia and until now they are known as the Criminal Code for BW and the Commercial Code for WvK.

The principles in civil law include: 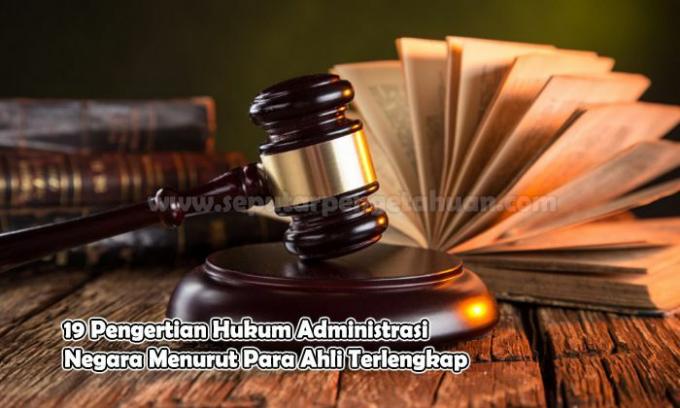 There are several classifications of types of civil law, including:

Based on Legal Science

Based on the Division in the Criminal Code

Based on the Criminal Code (Civil Law Book), civil law is divided into:

Thus it has been explained about Understanding Civil Law, History, Principles, Sources of Law & Types, hopefully can add to your insight and knowledge. Thank you for visiting and don't forget to read other articles.